Approaching completion of the Map

So things are moving along pretty quickly.  As a side trip here are two images done by Glynn of the map laid out in 3D representing how they would look on a ringworld shaped object. 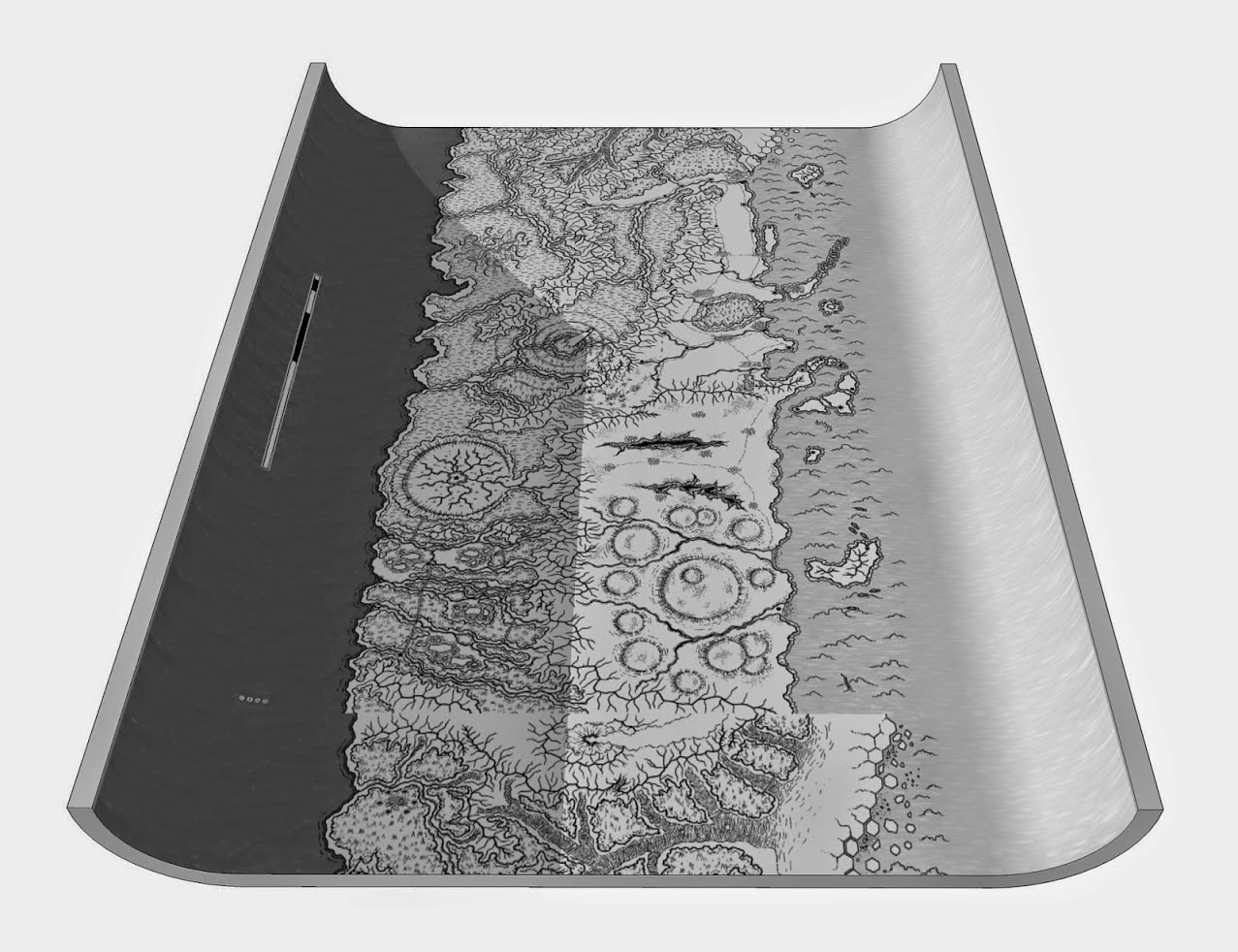 The bottom one is the actual positioning but you could use either view.  I am using the bottom one as in the long term I want to do maps to the east and west as part of a set.

So where are we upto now? 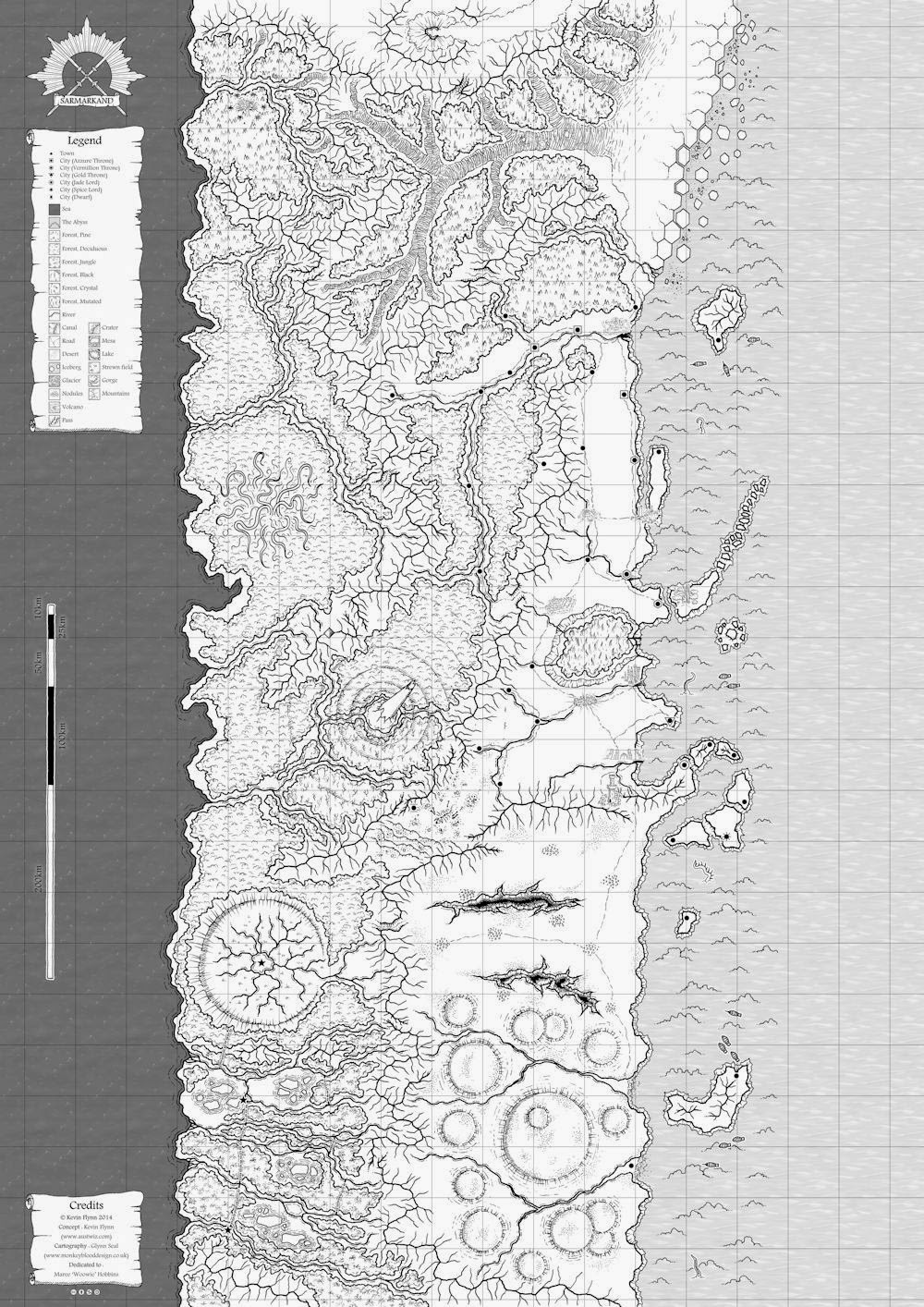 This is the almost finished map. There is one adjustment I have asked for to a city icon, and there is some fill for the right side empty area of The Abyss.  Added in this map is the Sarmarkand logo (which I really like), the legend and the credits.  On this particular view there is a 50km square grid laid over the map.

So this part of the map is coming to a close and I must say that I am extremely happy with how things have turned out.

The next stage of the project is to get Jeff to complete all the artwork, probably by the end of the year. Looks like I will have 12 pictures rather than the 10 I originally thought I might need.

Following are a series of images of the latest artwork Jeff has been working on. This particular image was troublesome as I had problems describing it (which can be a common problem). But what we ended up with makes me happy.  You can see some of the changes that occur as we develop the concept. Some times he does thing that hadn't even occurred to me and I adapt them into my background, just to use the image he has created.

This is the city of Viriconium, City of Towers.

I wasn't sure if this image was going to be as interesting or striking as some of his others, but when I saw the red river in the second image I knew it was going to be good. The river is actually red in the story as red dust comes up from the Redlands to the south and covers the mountains that are the source of the river.  In the background you can see the city of Antioch, and to the right side you see The Sink, a depression in the land.