The next version of the map was an impressive one.... v2.

The colour fill addition to the sea and Abyss areas really brings the central map out a lot. 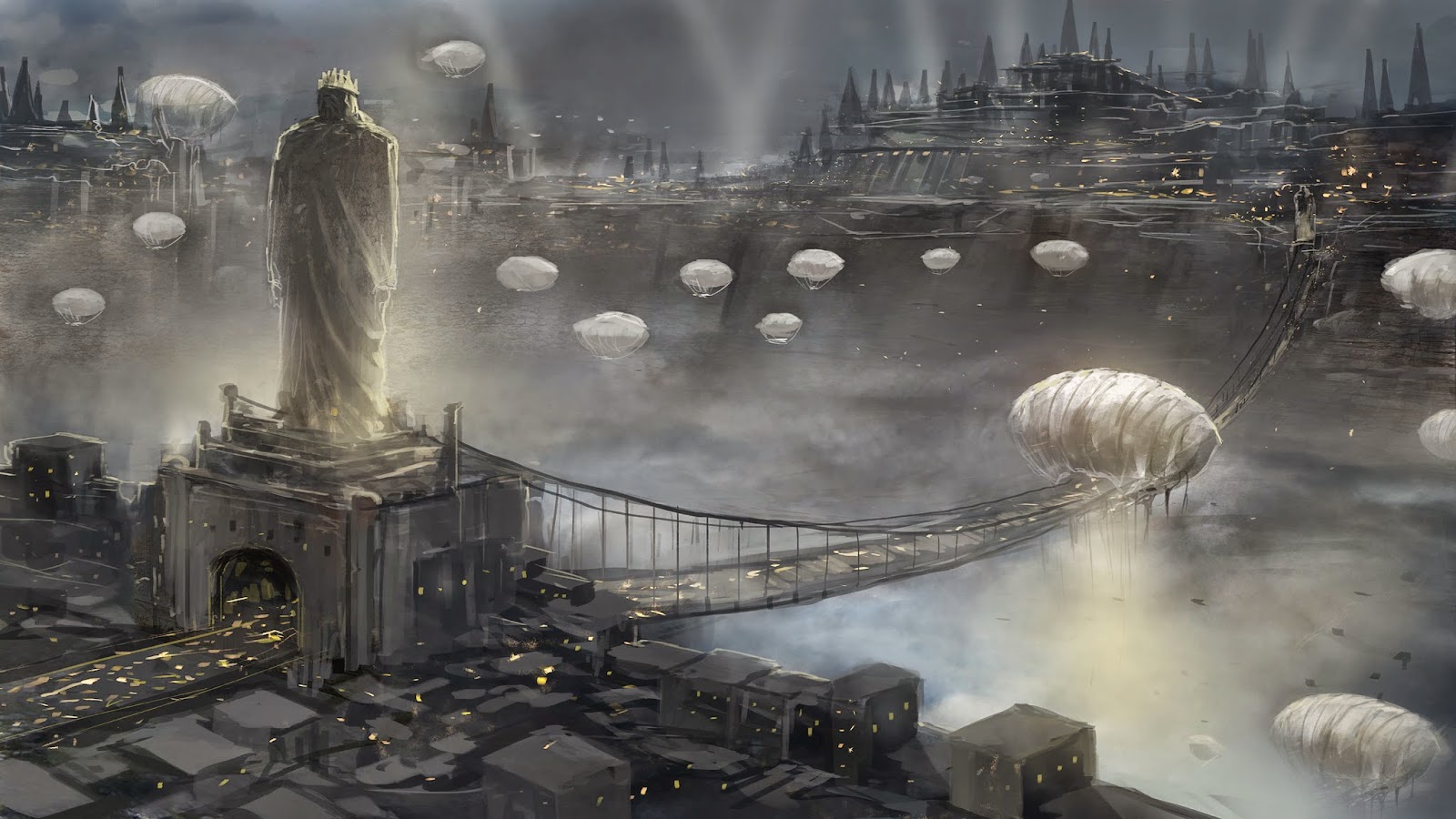 The King&Queen bridge, linking the twin cities of King and Queen over the Abyss. The bridge is very long and made of Abyss Vine. I haven't exactly fitted it into the history as yet, I suspect it will end up being fairly new, maybe 50 years old, maybe even less.  It is a wonder of the modern world. 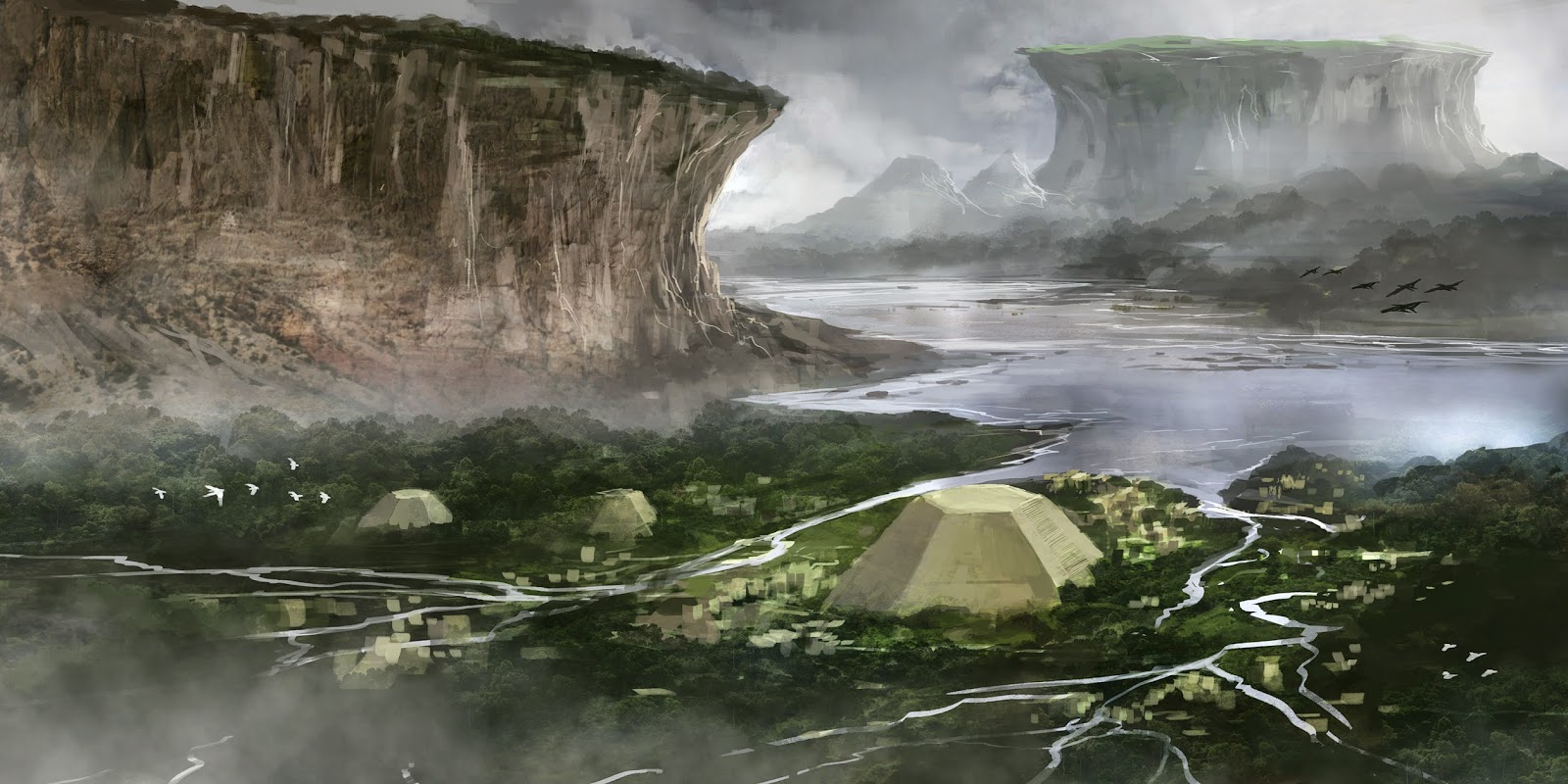 The Styxian Jungles of the south west. The ruins of the ancient lizardmen empire (Aztec model) remain 600 years after The Hammer's first strike. Giant mesa promise an undiscovered world, and pterodactyls suggest what you will find.