The addition of the side fills certainly starts to make it stand out better. We are currently working on a details layer, putting in the fill, adding cities and roads and such. Also spotting things we missed, a few cities here and there.

Artwork for the world continues as well:

This is the Redlands, a very desert setting with two great chasms torn into its surface (quite visible on the map in the SE). Red Orcs live at the bottoms of the chasms and periodically emerge as a teaming mass of maurauders.  The name of the region comes from the iron oxide dust that is prevalent everywhere. Giant iron nodules erupt from the ground in some places and are used by some of the locales as homes (once you cut into them). The red dust blows north over the Iron mountains and falls there, to be washed down into the Red River Valley (quite literally a red river). 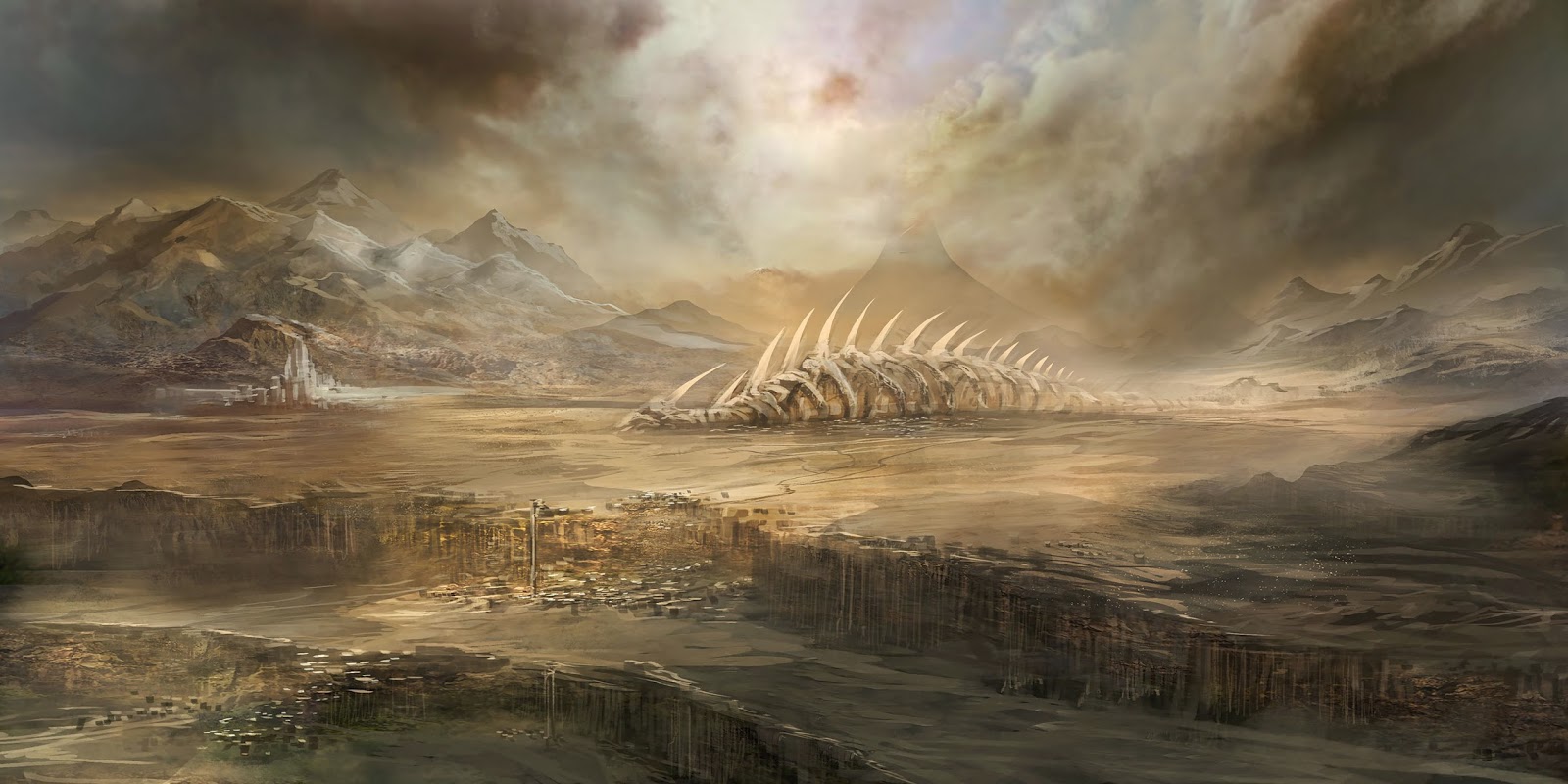 This is Dragon Pass, visible on the map just south of the Spike. A rocky desolate high mountain pass dominated by the corpse of a massive dragon. The south end of the pass is four giant escarpments that fall down toward the Styxian Jungle. A Helms Deep type structure can be seen in the background, but most of the dwarf city is underground. The Spike. An asteroid strike through the back of the world (its a ringworld), that has erupted through the far side. Something bad is still happening here as a toxic black fluid keeps bubbling out of the ground, turning everything it touchs a shade of black.  Visible in the background is The Cube. No one knows what this is, but it emerged shortly after The Spike was created.
Posted by Unknown at 17:14